The design of Hill Station; a renovated gas station in the heart of Hillcrest has been revived to become the new heart of this vibrant historic neighborhood. A distinct destination spot was successfully created in the form of a restaurant and casual outdoor patio space in Little Rock, Arkansas.
Client:
Release Date:
2020
See Live Project

Hill Station is in the heart of the Hillcrest business and historic district and as such, serves as a unique and lively gathering space for the neighborhood.

This site has a rich history within the Hillcrest community. In 1916 Pulaski Heights was incorporated into the City of Little Rock. Several months later, a new fire station was built in the neighborhood on what is now Hill Station. By the 1950's the fire station had outgrown its site and the land was sold. In 1955 a Magnolia gas station was constructed. Two years later, Ed Helmich took over the station, creating a landmark in the neighborhood until his retirement in 1987. The property remained a full-service gas station until 1991 and then an auto repair shop until the property was sold to Doug Martin in 2016.

With the knowledge that the garage would be closed and likely demolished, Doug Martin acquired the property with the desire to do something good for the Hillcrest neighborhood where he has lived in his entire life. Architectural studies were commissioned to explore the possibilities of a park-like setting on the corner of Kavanaugh and Beechwood with the adjoining restaurant to the east – the goal to maximize green space while minimizing the footprint of new additions. The concept was refined to a restaurant with outdoor spaces that could be shared with the neighborhood. In order to provide space for restaurant parking the historic residence to the north of the property (elevated several feet above Hill Station) had to be relocated. It was successfully moved and remains a contributing structure in the Hillcrest Historic District.

The gas station’s existing site, comprised of primarily pavement, was converted into a public outdoor space that includes a restaurant.  A softer decomposed granite material was utilized to create a casual outdoor patio with trees and seating. One of the biggest challenges was the elevation change from the old home site to the current gas station.  The design solution transformed a liability into an asset by converting the retaining wall into a terraced hardscape and landscape element.  Large specimen Elm trees were specified to create instant impact and define the overhead canopy for this space and opportunities for lighting. 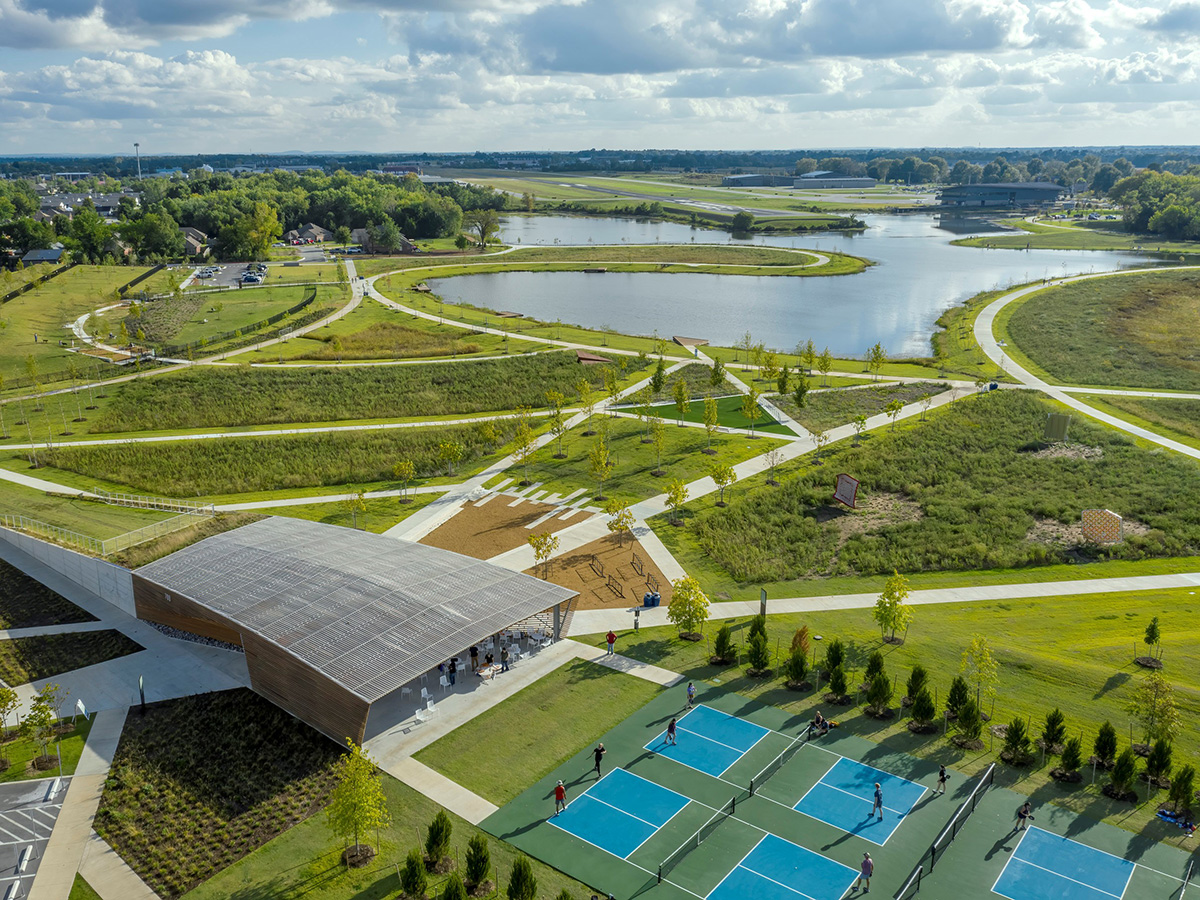 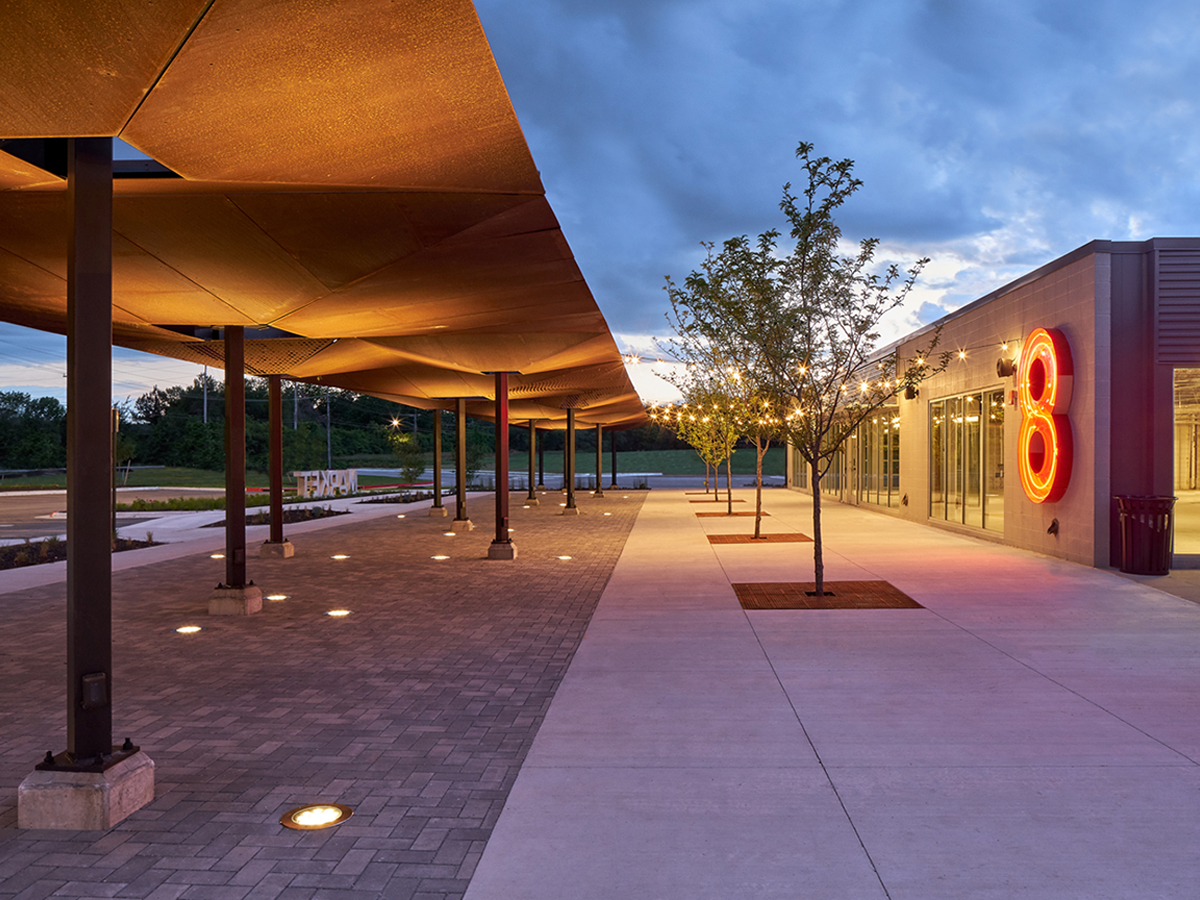 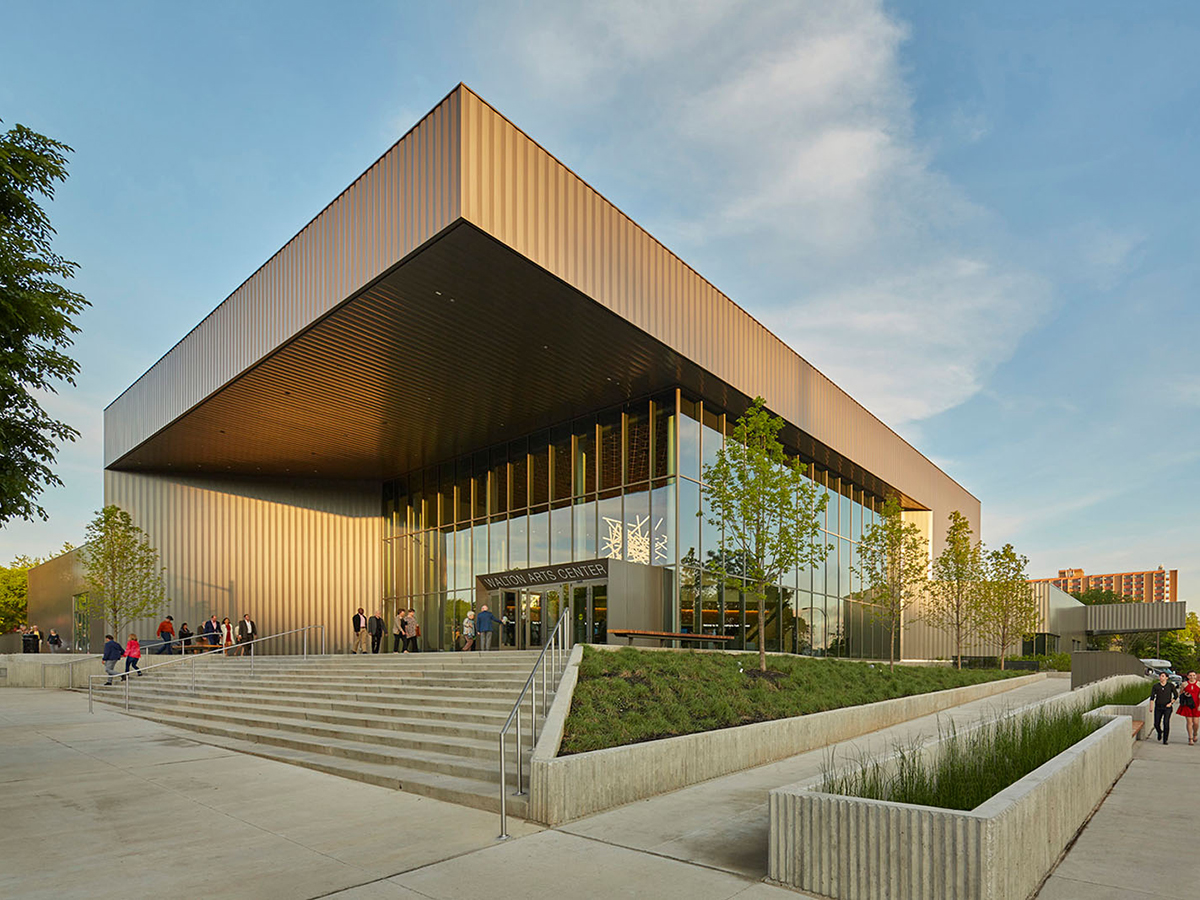 We have offices in Little Rock, Wynne, and Rogers, Arkansas.